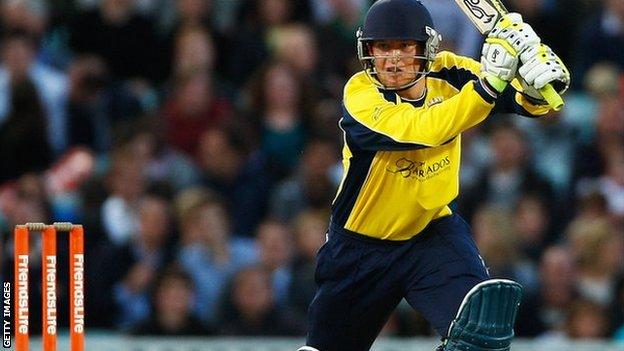 Hampshire all-rounder Liam Dawson will be out of action for up to six weeks, reports BBC Radio Solent.

The 24-year-old picked up a groin injury in the T20 Blast defeat by Glamorgan last week.

Hampshire are already without the injured Chris Woods, while batsman Michael Carberry is away on international duty.

Dawson could miss as many as five Hampshire games in the County Championship and T20 Blast competition.

In September 2008, he became the youngest Hampshire player to score a first-class century for the club at the age of 18.

Last year was considered a breakthrough season for him, as he scored 908 runs at an average of 36, with a top score of 169.