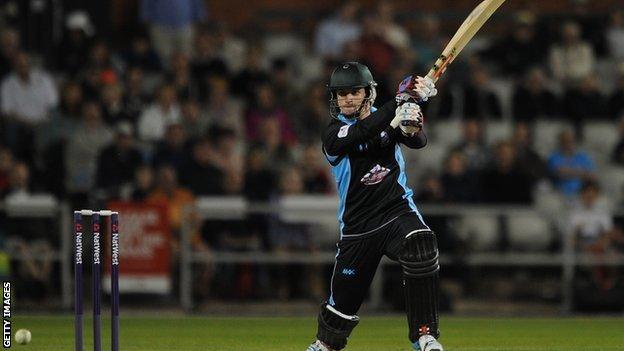 Worcestershire got off the mark in this season's T20 Blast with a 24-run win over Nottinghamshire at Trent Bridge.

Alex Hales, on loan to Worcestershire earlier in May, hit 39 and Samit Patel 41 but they fell short as fast bowler Chris Russell claimed a crucial 3-32.

Hales and Patel took the Notts total from 44-2 to 71-2 before Hales' 34-ball knock, including four fours and one six, was ended when he was trapped LBW to the spin of Moeen Ali (1-32), who was returning to the Worcestershire side after international duty with England.

Wickets continued to fall regularly with Patel the penultimate man to go as Notts finished 139-9.

It was Worcestershire's first T20 win in five attempts against Nottinghamshire, who suffered their first loss in this season's competition.