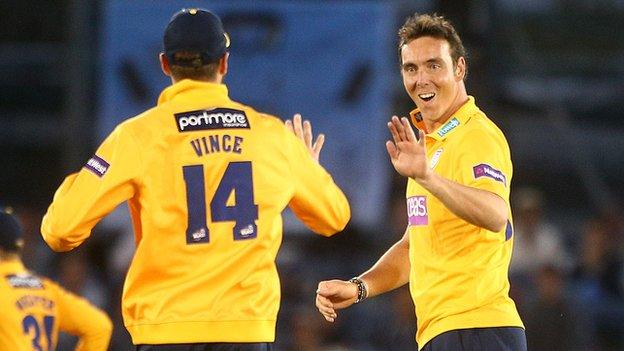 Sussex had won their first two matches, but that run came to an end at Hove as Hampshire claimed their first victory in this year's competition.

Luke Wright set off quickly with 23 from his first 11 balls, but once he had holed out off Kyle Abbott, it became an uphill struggle for the hosts as Hampshire claimed their sixth straight T20 win over Sussex.