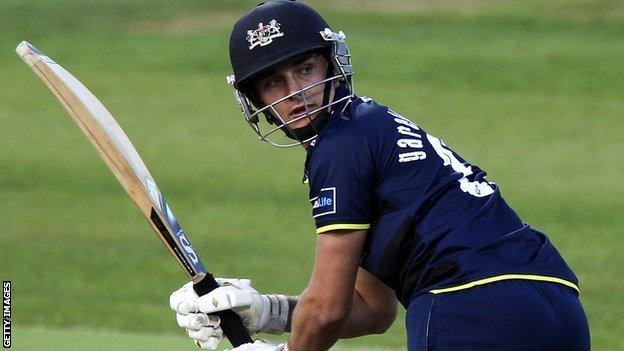 Gloucestershire wicketkeeper Gareth Roderick has fractured the same finger that he broke six weeks ago.

The 22-year-old was injured keeping in the final innings of the having scored 144 runs and taken five catches.

Before that, Roderick's most recent first-team appearance came in March's

Should he miss another six weeks, that would mean sitting out eight T20 Blast and five Championship fixtures.