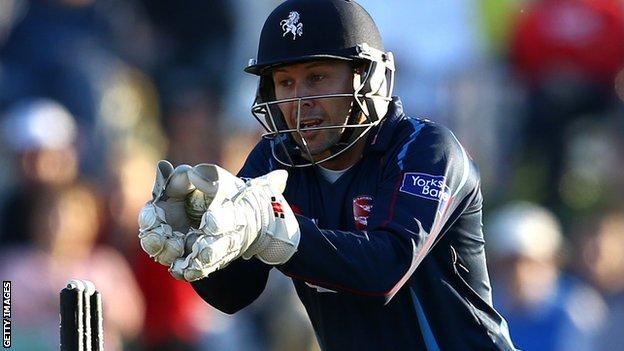 Former England gloveman Jones, 37, is second choice at Canterbury as Sam Billings has been preferred this term.

Meanwhile, Ian Saxelby will undergo investigative surgery on a knee injury he sustained during the same match.

Jones will be available for 13 T20 Blast and six Championship games.

Jones is yet to play first-team cricket this summer, but has played for Kent's second XI since appearing in a 50-over international against Hong Kong in January.