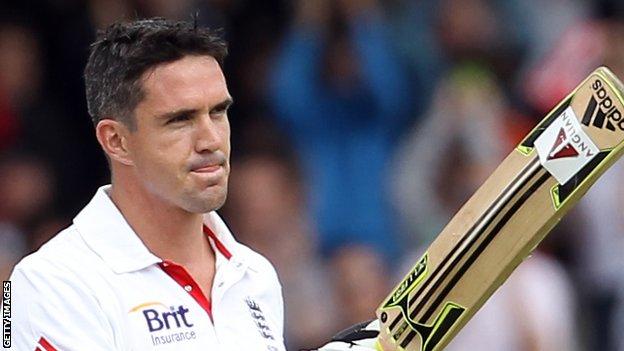 Former England batsman Kevin Pietersen has apologised to supporters after his Delhi Daredevils side finished bottom of the Indian Premier League.

England's all-time top run-scorer hit his only 50 of the tournament, but his 58 off 41 balls could not prevent a seven-wicket defeat to Kings XI Punjab.

The Daredevils, captained by Pietersen, won just twice from their 14 matches.

Pietersen, 33, was told he was no longer part of the national team's plans after the 5-0 Ashes whitewash.

He tweeted: "I'm sorry to all our wonderful fans! What we did this IPL wasn't good enough! I will accept a lot of the blame as captain - only fair! Sorry!"

The South Africa-born batsman missed the 2013 edition of the tournament through injury, but was available for a full IPL season for the first time following the end of his international career.

The Surrey batsman, who also represented Royal Challengers Bangalore in the IPL in 2009 and 2010, cost Gary Kirsten's Daredevils £880,000 at the IPL auction in February.