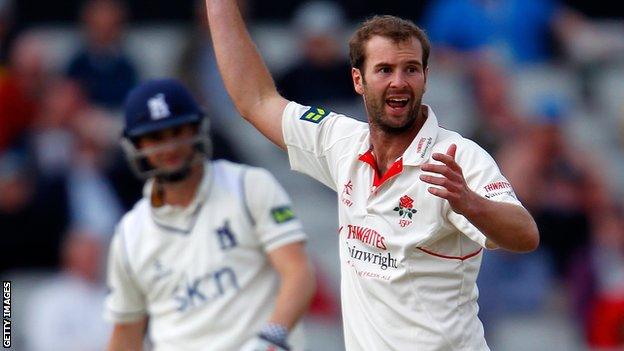 Paul Horton believes a first England call-up is not out of Tom Smith's reach if the Lancashire all-rounder continues his good start to the season.

The 28-year-old has claimed 20 first-class wickets in 2014, while only vice-captain Horton has scored more Division One runs for Lancashire.

"England's a possibility for everybody who puts their hand up at the moment," he told BBC Radio Lancashire.

"First and foremost, Tom needs to have an injury-free season."

Horton continued: "He's been brilliant for us over the past few years. If he can put it all together this year, there's no reason why he can't go on to international honours.

"He's playing some wonderful cricket for us at the moment. He's a very talented cricketer and he's probably getting to the peak of his powers. You're seeing the best of him now.

"Hopefully he can stay fit because he's a big performer for us in all three formats."

All-rounder Smith took 5-49 against Yorkshire to give Lancashire a first-innings lead of 82 runs on day three of their Division One match at Headingley.