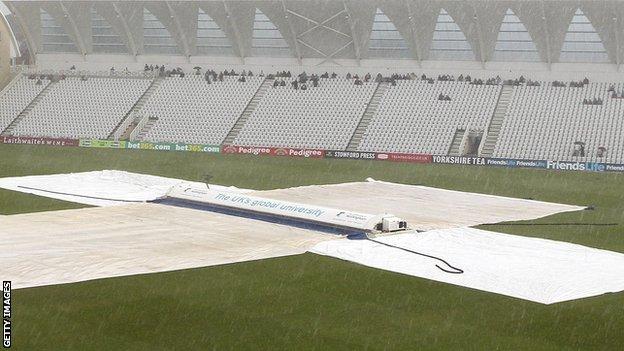 The game seemed destined to end in stalemate anyway as Durham closed the third day on 335-4 after Notts posted 377 all out.

There was heavy rain in Nottingham overnight and it continued throughout the day meaning no play was possible.

Durham take 11 points from the game, while Notts claimed 10 points.

"In truth, we were probably fairly fortunate to get in as much cricket as was actually played, but it always hurts to have a final day wash-out.

"Accumulating bonus points was going to be the only option for both sides after rain had decimated so much of the match, leaving Notts in a suitably mid-table position with two wins, two draws and two losses.

"Notts director of cricket Mick Newell confirmed afterwards that his attack of Test bowlers - Stuart Broad, Peter Siddle, Andre Adams and Ajmal Shahzad - would be on duty again at the weekend against Sussex."