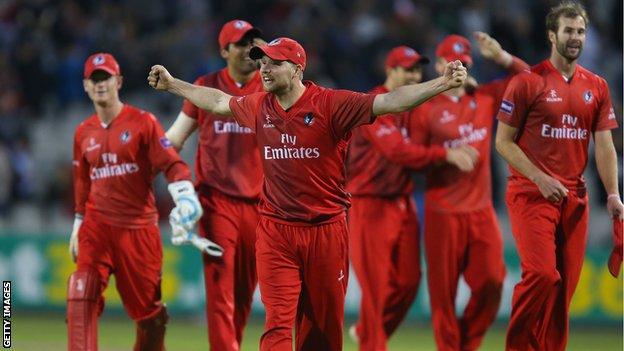 Lancashire warmed up for the second coming of Andrew Flintoff by defeating Birmingham Bears in a low-scoring T20 Blast contest at Old Trafford.

With Flintoff set to return to action next week after fours years away from the game, they were bowled out for 126.

Kabir dismissed Boyd Rankin with the final ball of the game, but after an excellent spell of 2-12 from spinner Stephen Parry, it was Junaid who had tilted the match decisvely in Lancashire's favour by having top-scorer Laurie Evans caught for 29 and bowling Keith Barker first ball in the 17th over.

It was a disappointing outcome for the visitors, who were playing their first T20 game of the summer after their only previous fixture ended in a no result, while the win was Lancashire's fourth in a row and consolidated their position at the top of the North Group.

Smith provided the match's early highlights with eight fours in his 27-ball innings, but Andrea Agathangelou (21) produced the only other score of note before their bowling attack came to the Lightning's rescue.