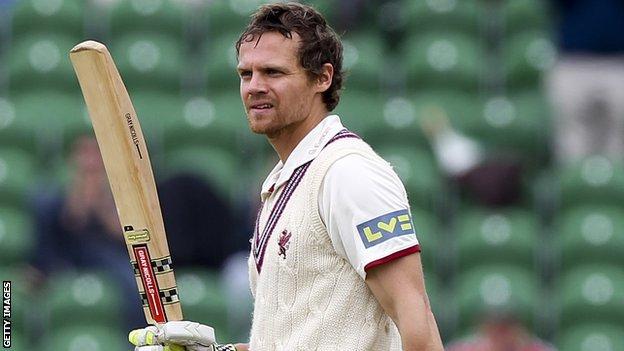 The Milton Keynes-born 29-year-old has spent his entire career at Taunton and made his first-team debut in 2003.

"We are delighted to have secured Hildy for the coming three seasons and have no doubt that he will continue to be a great asset for the club," said director of cricket Dave Nosworthy.

"To think that he is has already scored over 11,000 first-class runs at the age of just 29 is unbelievable.

"He is a quality player and person who sincerely has the club and the team at heart - which is just the type of player we wish to secure well in to the future."