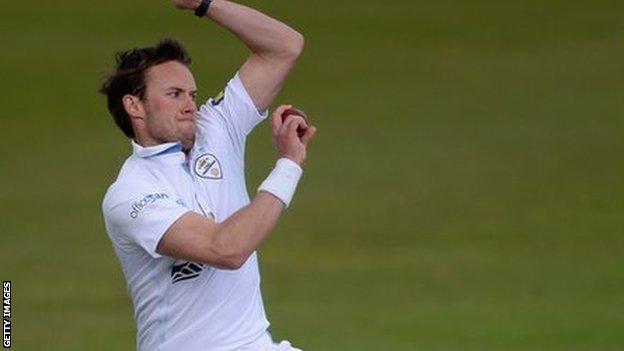 Derbyshire's decision to put Hampshire in backfired as the home side had the better of day one at Southampton.

After an opening stand of 110 between Jimmy Adams (60) and Will Smith (82), seamer Tony Palladino halted their progress with three quick wickets.

"Hampshire had much the better of the day on a green wicket thanks to some intelligent batting and some costly dropped catches.

"Jimmy Adams was dropped at first slip on 2, then Adam Wheater was dropped behind on six and again on 84.

"Wheater said after the first day's play anything over 350 would challenge the away side, but some rain is forecast over the next two days."