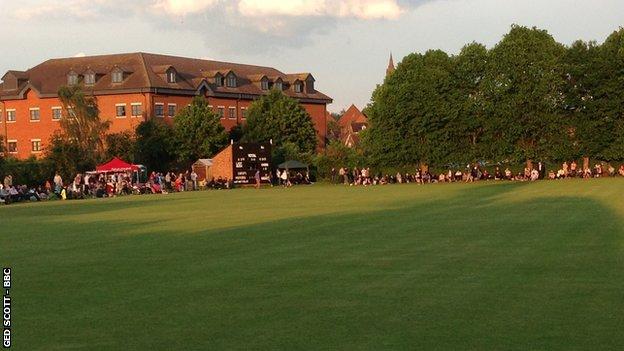 Last year's beaten finalists were hit by rain in both their away group games.

A complete wash-out at Jesmond against Northumberland was followed by Sunday's Group Three game against Cumberland at Cockermouth, disappointingly called off after just four overs had been bowled.

"You need luck to get to a position where you can make the final," he said.

"We made it last year and had a lot of luck, as well as playing some good cricket.

"Unfortunately this year we have played enough bad cricket to get knocked out at the group stage.

"The margins are pretty fine. You can't really afford to lose any games. And we have only got ourselves to blame for losing at home to Cheshire.

The irony is that their two rain-ravaged away trips came either side of playing their Twenty20 friendly with Warwickshire's Birmingham Bears last week in glorious sunshine at Bridgnorth.

Following the end of their hopes in one-day cricket for another year, Shropshire now turn their attention to the three-day format.

They have three home matches, at Shfinal, Bridgnorth (above) and Whitchurch, but must start their six-match Minor Counties Championship campaign on the road again when they cross the border on 8 June to take on Wales at Pontarddulais.