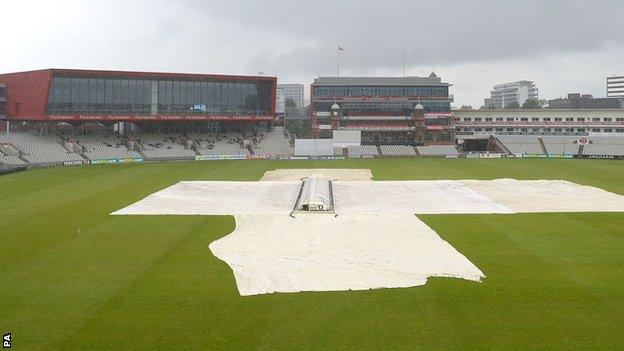 Somerset had to settle for a draw at Old Trafford after rain put paid to their hopes of beating Lancashire.

The Red Rose county needed another 122 to make Somerset bat again after ending day three on 95-3 after following on.

After no play was possible during the morning, umpires Steve Garratt and Neil Mallender scheduled a 13:40 BST start.

But the weather closed in again before the teams could make it out to the middle and the game was abandoned just over an hour later.

Unbeaten Somerset's 12 points kept them in third place in the Division One table, 12 behind leaders Middlesex, while Lancashire remained next to bottom.

"So the weather had the last word, with heavy rain forcing the abandonment.

"It was disappointing for Somerset, who had put themselves in position to win, but another reprieve for Lancashire, who are finding life in the first division a real struggle."