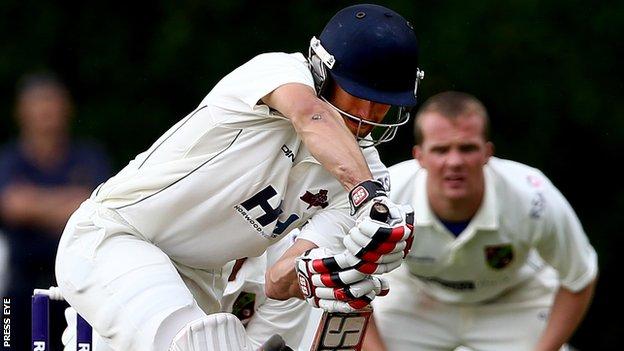 The Northern Knights wrapped up an eight-wicket victory over the North West Warriors early on the final day of the Inter-Pro game at Stormont.

Resuming on their overnight score of 85 for 2, chasing a modest target of 154, the Knights took just 63 minutes to score the required 69 runs.

Former Zimbabwean Test player Craig Ervine finished unbeaten on 72 with Andrew White not out on 31.

The bowlers had dominated the opening two days of action at Stormont.

The next Inter-Pro game will see the Knights facing Leinster Lightning at College Park in Dublin from 17/19 June.

In Thursday's action, after Resuming on 143-5 chasing the Warriors first inning of 190, the Knights were all out for 187.

However, the Warriors were bowled out for 150 in their second innings which left the Knights needing 154 to win.

At stumps, the Knights looked on course for victory as they had reached 85-2 and so it proved on Friday.