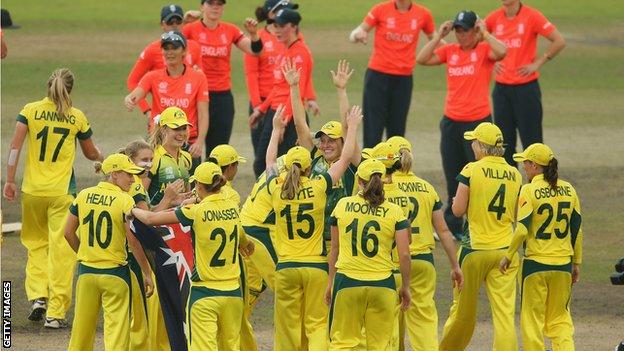 The England and Wales Cricket Board has refused to back an Indian Premier League-style tournament for women.

But the International Cricket Council has not yet sanctioned the proposal and the ECB has dismissed the plan.

"There is no support or interest for this proposed event," said ECB chairman Giles Clarke.

The tournament would bring together the best female players in the world to play in six company-owned teams during a 12-day event in Singapore.

Speaking ahead of the ECB's announcement, England captain Charlotte Edwards, 34, said she would want to play - but only if the competition was officially approved.

"It's a wonderful opportunity for top players," she told BBC Sport.

"Nothing has been ratified by the ICC but these things are exciting for the game and as England players you want to be part of it."

The ECB may have dismissed the WICL but it has backed the new ICC International Women's Championship.

The top eight teams in the world rankings will take part "with results determining qualification for the 2017 Women's World Cup".