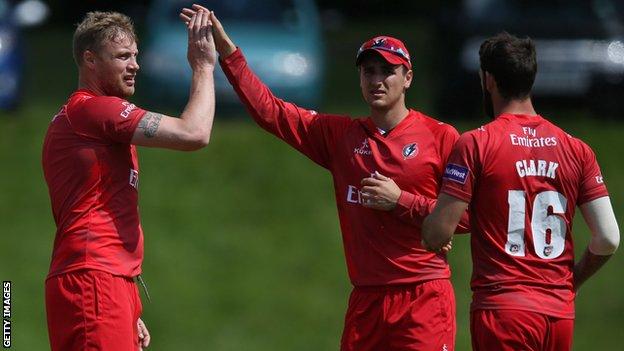 Flintoff, 36, bowled four overs and claimed figures of 2-39, before opening the batting in his side's Twenty20 game against Leicestershire at Arundel.

The former England all-rounder retired from cricket in 2010, but last week signed to play for Lancashire in this season's T20 Blast.

He is still waiting for his first Lancashire first XI appearance and has been left out of the squad for Friday's Twenty20 match against Yorkshire at Old Trafford.

This was Flintoff's first match for Lancashire at any level since 2009, the same summer in which he retired from international cricket.

Leicestershire made 185-5 off their 20 overs with captain Matthew Boyce scoring 88 not out off 64 deliveries.

Lancashire could only reach 156-6 in reply.

Leicestershire beat Somerset in the final of the second XI T20 competition later on Thursday.