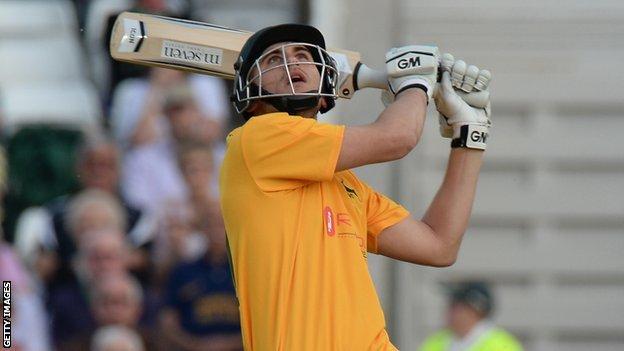 Wayne Madsen (36) and 57 by Marcus North saw the hosts get back on track, but tight bowling by Amjal Shahzad and Gurney restricted them to 164-7.

And an inspired 32-ball knock by Hales secured victory with 19 balls left.

Winless Derbyshire remain bottom of the North Group table with four defeats from five games, while the Outlaws have now won two and lost two after a mixed start to their T20 campaign.