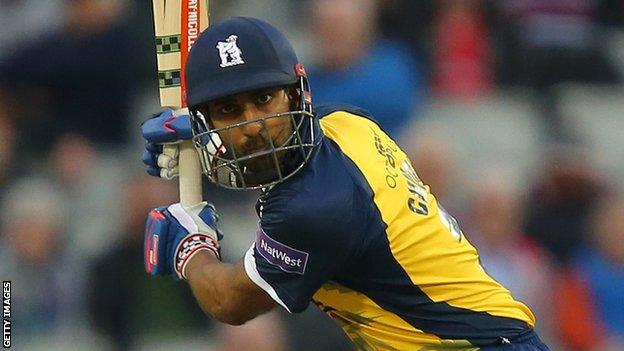 Varun Chopra smashed a half-century to help Birmingham Bears to a nail-biting six-wicket victory over Durham at Edgbaston in the T20 Blast.

Durham got off to a shaky start when Mark Stoneman and Phil Mustard (both six) fell within the first three overs.

John Hastings redeemed Durham when he struck two sixes in his 36 off 28 balls to take them to 146-7.

But Chopra (51) helped Birmingham towards victory before he was dismissed by Usman Arshad 2-24.