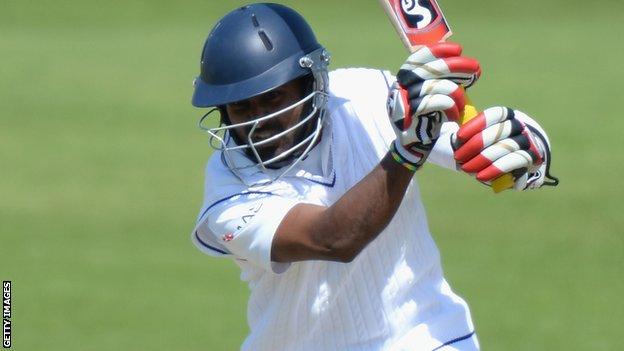 Kaushal Silva and Lahiru Thirimanne both scored centuries as Sri Lanka made 358-3 on the opening day of their four-day warm-up match against Northants.

Opener Silva recovered from the early loss of partner Dimuth Karunaratne to score 152, while Thirimanne, who was dropped off his first ball, hit 120.

Both Kumar Sangakkara (28) and Mahela Jayawardene (46) made starts before being dismissed.

Silva and Thirimanne had put on 238 for the fourth wicket at the close of play.

Sri Lanka were 1-1 when Karunaratne edged Steven Crook onto his thigh pad and was caught at gully by Kyle Coetzer.

Crook claimed his second wicket when Jayawardene, who had made a near run-a-ball 46 before, picked out Matt Spriegel at gully.

Northants wicketkeeper Ben Duckett dropped Thirimanne off the next ball and was made to pay.