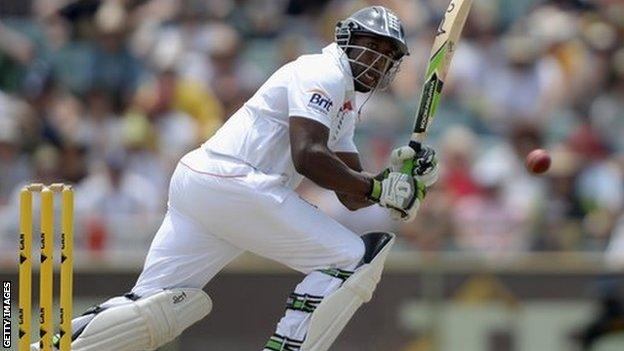 Hampshire batsman Michael Carberry said he was bitterly disappointed at being dropped from the England Test squad.

Carberry, 33, is one of at least six players who appeared in England's last Test match in Australia in January who will not play against Sri Lanka in the first Test of the forthcoming series.

Having top-scored for Hampshire with 73 in the Twenty20 win over Kent, Carberry said he was hurt to be left out.

"I was pretty gutted to be honest," Carberry told BBC Radio Solent.

The opening batsman played all five Ashes Tests in Australia but questioned the England coaches and selectors after being left out of the subsequent one-day series and World Twenty20.

He recently earned a recall into those squads but has failed to retain his place in the Test side despite ending the Ashes series as England's second-highest run-scorer, with 281 at an average of just over 28.

"I've taken a few knocks over time with my career, particularly where England is concerned," Carberry said.

"I'm bitterly disappointed because I felt I had a real good chance of continuing to play Test cricket and a home Test match.

"I have to try and move on and make Hampshire my focus now."

Asked whether he was hopeful of a recall in the future, Carberry added: "I can't answer that. Ask the selectors."