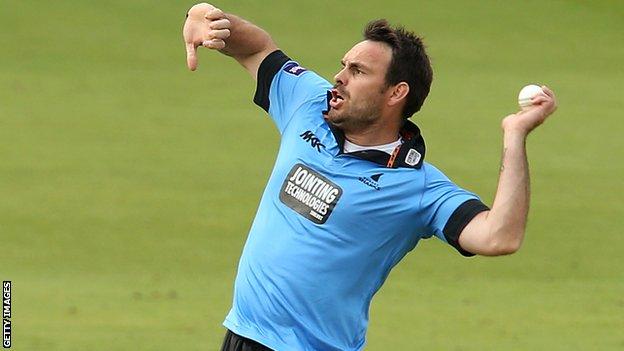 Sussex all-rounder Michael Yardy will be out of action for a month with a torn bicep muscle.

The 33-year-old sustained the injury while bowling in the five-wicket T20 Blast defeat to Glamorgan last Friday.

The Hove club hope Yardy will be able to return to the County Championship side as a batsman in around four weeks.

However, it will be longer before the former Sussex skipper, whose current contract runs until the end of 2015, is able to bowl again.