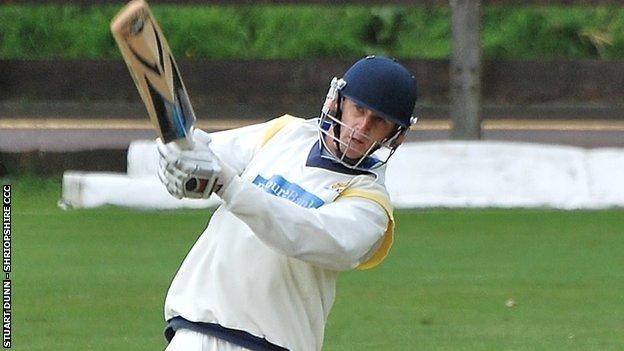 Worcestershire have signed Shropshire skipper Richard Oliver on a contract until the end of the 2015 season, after his impressive form in the T20 Blast.

Oliver, 24, has taken his chance in a six-week trial for Worcestershire, making scores of 43, 34 and 77 in the T20 Blast, opening with Moeen Ali.

The Staffordshire-born left-hander, from Woore, has also impressed in the Second XI, making two centuries.

And he has been in form for Shropshire, making 148 in the Knockout Trophy.

Oliver, who was playing for Worcestershire in the T20 Blast at Leicester on Friday night, is also scheduled to be in the team to face Durham at New Road on Saturday.

He is then scheduled to lead Shropshire on Sunday in their first three-day Minor Counties Championship fixture of the season against Wales at Pontarddulais.

Oliver has been a revelation since being called up by Worcestershire at late notice for their T20 Blast game against Durham earlier this month.

He scored 43 at Chester-le-Street, then 34 at Old Trafford the following night, but his 77 against T20 holders Northants at New Road last Friday night matched those two totals put together as he outscored even Moeen in a match-winning opening stand of 87.