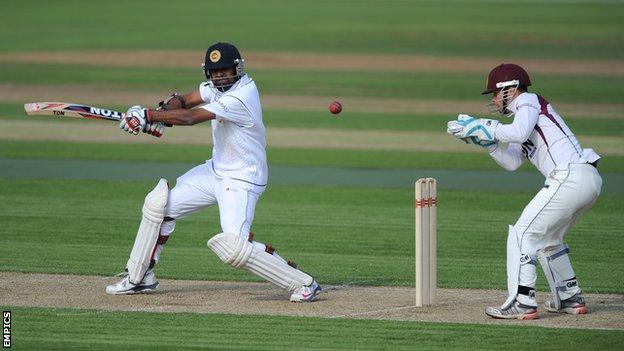 Sri Lanka continued to dominate Northants on the second day of their only tour game before the first Test against England.

Resuming on 358-3, the tourists pushed their score to 558-8 before declaring.

Lahiru Thirimanne moved from 120 to a career-best 156, while Dilruwan Perera added impetus before lunch with 59.

Northants were then reduced to 146-5 by the close, Richard Levi making 64 before becoming pace bowler Dhammika Prasad's second victim.

The first Test against England at Lord's begins on Thursday.