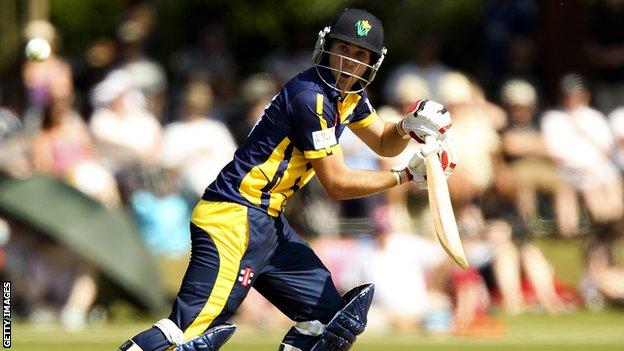 Glamorgan's Twenty20 captain Jim Allenby wants revenge when they face Gloucestershire in the T20 Blast in Bristol on Sunday.

Gloucestershire beat the Welsh side twice in last season's competition to deny them a quarter-final place.

Allenby's unbeaten 96 helped Glamorgan beat Somerset on Friday and says his side have extra motivation.

"We go to Gloucestershire to try and give them a proper beating," he said.

Allenby's innings against Somerset was his highest in the Twenty20 format.

Glamorgan have now won three of their four matches in the T20 Blast.

Allenby is keen that his team-mates are focused on keeping that good run going against Gloucestershire.

"The two losses against them last year cost us a place in the quarter-final and we'll remember that," said Allenby.

"So we are going there to give them a proper game and show how good we are."