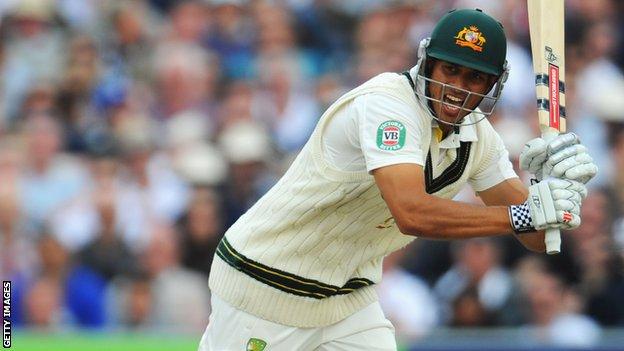 Lancashire have signed Australian batsman Usman Khawaja as their overseas player for the rest of the season.

The 27-year-old left-hander is expected to arrive next week and will be available for all forms of cricket.

He played the last of his nine Tests for Australia during the 2013 Ashes series defeat in England.

"Success with Lancashire will be a great way of nudging the Aussie selectors," said Lancashire's cricket director Mike Watkinson.

Khawaja previously played county cricket for Derbyshire between 2011 and 2012.

Lancashire have recruited him to strengthen a batting line-up that has passed 300 only twice in 11 completed innings since promotion to division one last summer.

They are hopeful Khawaja will arrive in time to make his debut in their Twenty20 match against Leicestershire at Old Trafford on 13 June.