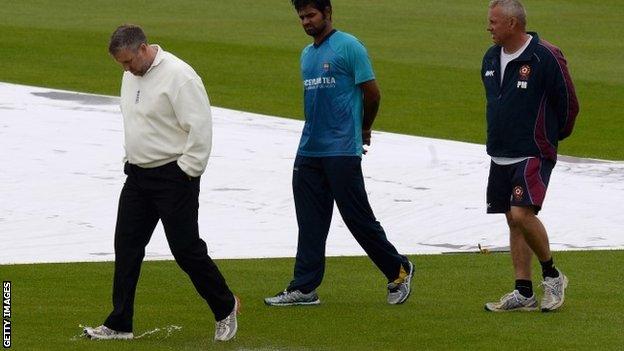 The third day of Sri Lanka's tour match against Northants was washed out without a ball being bowled.

Play was called off shortly after noon because of a sodden outfield, meaning Northants remain 146-5 in response to the tourists' 558-8 declared.

The hosts announced on Twitter that those who purchased tickets for Saturday will gain free entry for Sunday's final day.

The first Test between England and Sri Lanka at Lord's begins on Thursday.