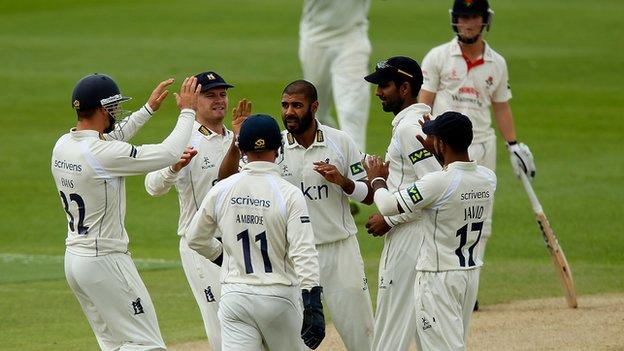 Lancashire ended the third day leading by 48 with eight wickets left as their meeting with Warwickshire heads for a likely draw at Edgbaston.

Keith Barker made an unbeaten 44 as the Bears were bowled out for 322.

Having won just once in seven games since returning to the top flight, the 2011 county champions would edge out of the Division One relegation zone if they can avoid defeat on the final day.

A third victory of the season for the Bears would lift them a place up to fifth in the table.