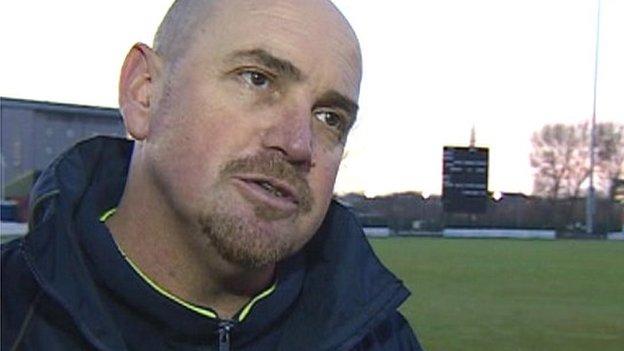 Shropshire got off to a bad start in this summer's Minor Counties Championship, losing by eight wickets to Wales at Pontarddulais.

Bowled out on day one for 182, in coach Karl Krikken's first Championship game, Shropshire rallied on day two after a delayed start to dismiss Wales for 197.

But then, inside 23 overs, Shropshire were shot out for just 62.

After closing on 47-1 with just one run needed, Wales lost a wicket before hitting the winning run on day three.

Shropshire's next Championship game is at home to Herefordshire at Shifnal, starting on Sunday 22 June.

But it is not yet clear whether they will still have skipper Richard Oliver leading the team.

After a successful trial with Worcestershire, during which time he has played a starring role in the Rapids' early-season success in the T20 Blast, Oliver has now been signed up on his first professional contract at New Road.

After twice playing Twenty20 matches in the space of 24 hours for Worcestershire, Oliver then duly reported for Minor Counties duty on Sunday at Pontarddulais.

But his commitments for Worcestershire, that also included being 12th Man for last week's County Championship game against Surrey at The Oval, now seriously hamper his availability for Shropshire.

Oliver is due to meet with the Shropshire committee to outline the best way forward as the county look to turn things round, following their early exit from the Knockout Trophy, as they try to mount a strong challenge for the Western Division title in the Championship.