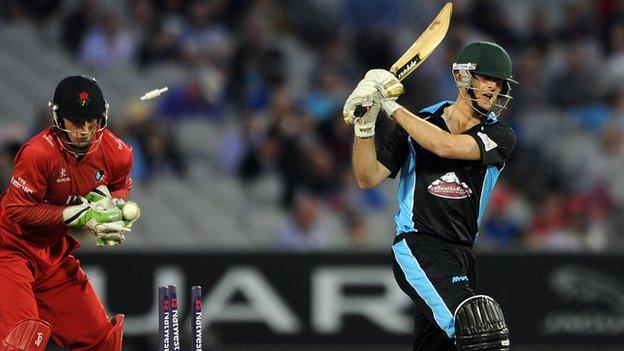 Shropshire skipper Richard Oliver has taken the expected decision to step down after agreeing his first professional deal with Worcestershire.

Oliver, 24, had made himself available for Shropshire matches, despite signing a contract with Worcestershire on Friday, inspired by his recent form in Twenty20 cricket.

He captained Shropshire against Wales at Pontarddulais last weekend.

But their eight-wicket defeat proved to be his final game in charge.

And although Oliver is available to play, Shropshire will now appoint a replacement skipper for the home Minor Counties Championship match against neighbours Herefordshire at Shifnal, starting on 22 June.

"It made sense to step down," Oliver told BBC Sport. "But I've parted on good terms and it certainly won't be my last game for Shropshire.

"I'm hoping to come back and play when I can."

Oliver's contract with Worcestershire runs until the end of the 2015 season.

"We're now discussing his successor," said Shropshire chairman of selectors Brian Foxall. "It will be discussed at our committee meeting next Monday night."