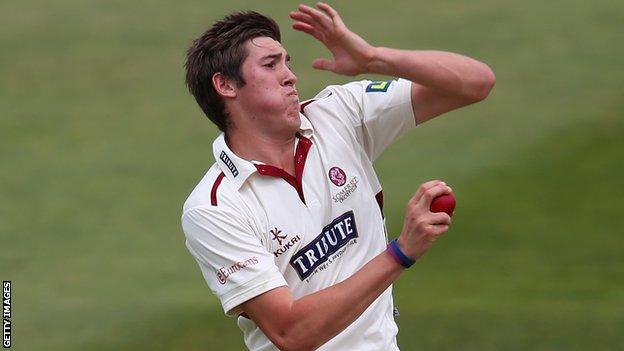 Devon are hopeful that they will be able to field Somerset bowler Jamie Overton in their MCCA Trophy quarter-final at Suffolk on Sunday.

The 20-year-old Barnstaple-born seamer made his Somerset debut in May 2012.

He and his twin brother Craig have both played for North Devon Cricket Club before being scouted by Somerset.

They have both played for England at Under-19's level, with Jamie also getting into the last year.

"Jamie wants to play and thoroughly enjoyed his two days with us and is raring to go," Gamble said.

"It's whether the first team at Somerset want him around for their weekend game against Sussex.

"The general level of commitment and concentration when he is performing results in the other players having their game lifted by his overall standards."