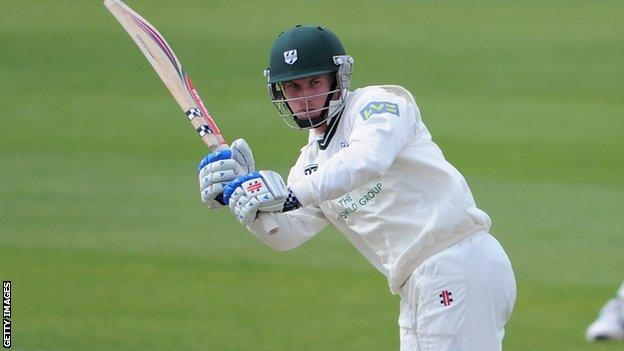 Leicestershire turned the Division Two table on its head despite a century by Worcestershire's Alex Kervezee on day one at Grace Road.

Winless this season and bottom of the table, they bowled out the leaders for 237, with Charlie Shreck taking 3-65.

Tom Kohler-Cadmore provided the main support for Kervezee, contributing 32 to a fourth-wicket stand of 77.

Kervezee hit 16 fours before giving a return catch to Shreck on 102, the home side replying with 58-2 by the close.

Saeed Ajmal flayed five fours in eight balls to try and secure a second batting point for the visitors, but he failed to do so as Shreck had him caught behind for 27 to bring the innings to a close.

Having started this season without a first-class century since April 2011, Kervezee has now made two in as many months.