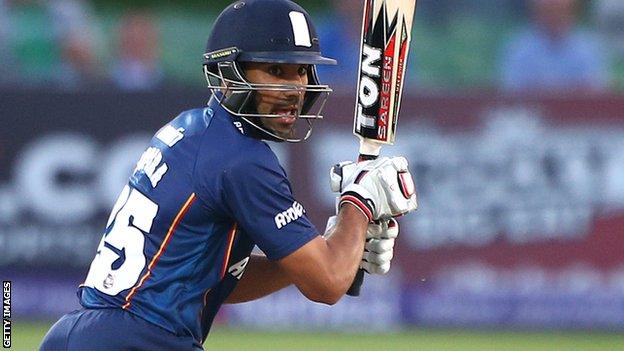 Ravi Bopara hit a brilliant 81 not out to guide Essex to a six-wicket win over Kent at Canterbury.

The England all-rounder hit eight fours and three sixes in his 44-ball knock, which helped his side overhaul Kent's 189 with an over to spare.

That total was based upon an opening stand of 119 between captain Rob Key and Daniel Bell-Drummond.

But Bopara and skipper Ryan ten Doeschate, with 47 off 29 deliveries, took Essex to a fourth T20 Blast win.