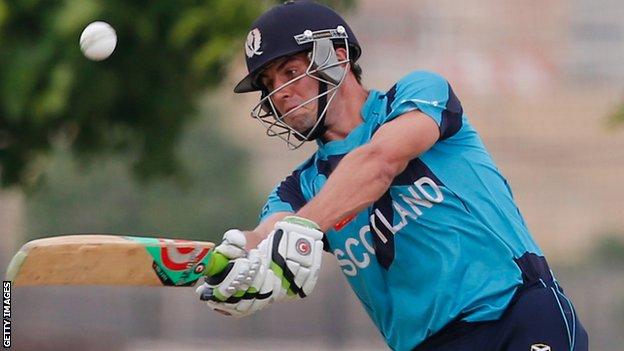 MacLeod, 25, impressed Durham captain Paul Collingwood during his spell coaching the Scots last winter and was invited to train with the county.

He hit 80 runs on his T20 debut against Worcestershire and has since played four more limited-overs games for the Jets, averaging 35.73 in the format.

Durham are seventh in the T20 Blast North, with two wins from five games.