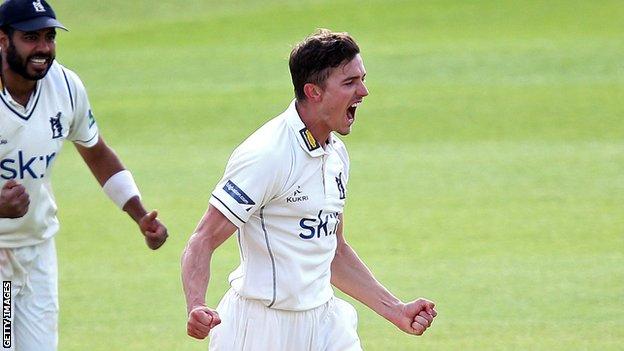 The 27-year-old moved to Edgbaston from Worcestershire over the winter on a one-year deal, and has 140 first-class wicket in a career which began in 2007.

Jones has moved to Grace Road to cover for Charlie Shreck, Nathan Buck, Ollie Freckingham and Alex Wyatt, who have all struggled with injuries recently.

He linked up with the Foxes for Friday's T20 game against Lancashire.

And he could make his Championship debut for Leicestershire against former club Worcestershire at Grace Road on Sunday.