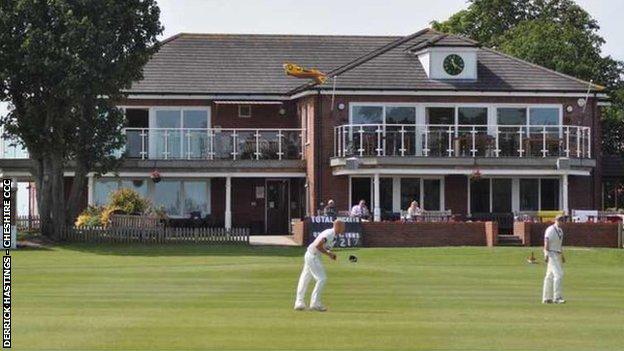 Herefordshire bowed out of the Knockout Trophy at the quarter-final stage as they were beaten by Cheshire.

On a day of over 600 runs at Chester Boughton Hall, Herefordshire were bowled out in the final over for 302.

After Warren Goodwin had retired hurt, Moore and Tipper shared a stand of 228 as they won with seven balls to spare.

Cheshire will now meet Devon in the semi-finals at Sidmouth on 13 July, coincidentally just five days after the two teams are due to complete a Championship game on the same ground.

In the other semi-final, Oxfordshire will take on Wiltshire.

Herefordshire's defeat came on top of their failure to finish off Cheshire in Championship action at Colwall.

In their opening three-day fixture of the campaign, Herefordshire piled up 324, before bowling out the visitors for 132.

But, although they then reduced them to 140-9 in their second innings, Herefordshire could not prise the final wicket.

They are back in action this Sunday when they travel to Shifnal to face neighbours Shropshire, who lost their opening Championship game to Wales at Pontarddulais.