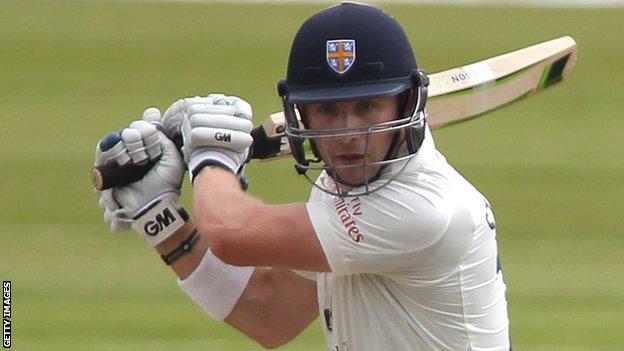 Mark Stoneman's fine century sparked a Durham fightback against Sussex on the opening day at Chester-le-Street.

Stoneman's third Championship ton of the season came in just 129 balls and included 15 fours and a six, but when he fell to a sublime one-handed slip catch by James Tredwell off Lewis, Durham were wobbling on 202-7.

However, Mustard and Hastings' watchful partnership of 77 for the eighth wicket, followed by a quickfire stand of 47 for the last wicket between Rushworth and Paul Coughlin (22 not out) gave the reigning champions three batting points and a competitive first-innings total.

"It turned out to be a decent day for Durham.

"Sussex will not be happy they allowed the hosts to add 115 after tea before the final three wickets fell.

"They were helped by 51 from John Hastings and a last-wicket stand of 47 from Chris Rushworth and Paul Coughlin, who scored the runs in just five overs."