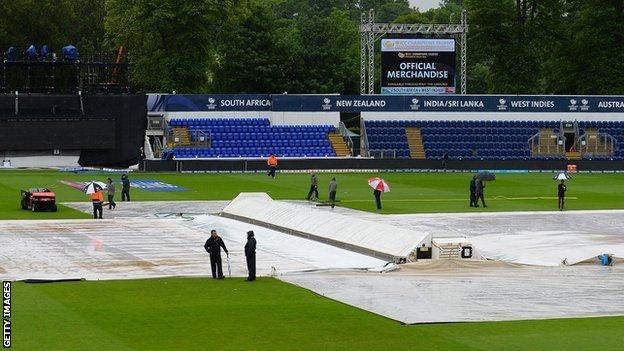 The T20 Blast South Group match between Glamorgan and Somerset was abandoned without a ball being bowled because of rain at Cardiff.

The visitors had won the toss and elected to field but poor weather prevented the game starting on time.

Persistent rainfall eventually led to the umpires calling the match off at 20:00 BST.

Somerset are eighth in the table with seven points from nine matches, while Glamorgan remain in fourth.