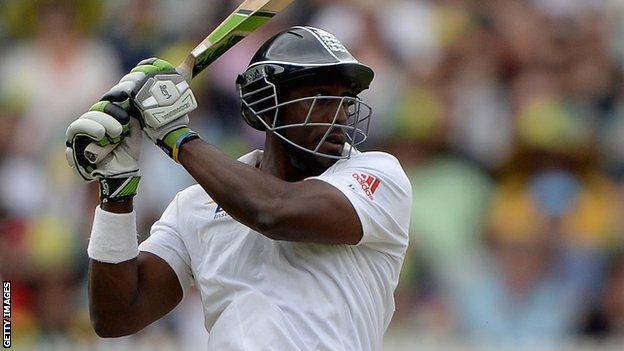 The 33-year-old's existing deal was due to expire at the end of the season, but he has agreed an extension until 2017.

"It's taken some time but I'm pleased it's now done and dusted," Carberry, who made his Hampshire debut in 2006, told the club website.

Carberry played all five Tests of England's 5-0 Ashes defeat in Australia during the winter, but did not feature in the recent series loss to Sri Lanka.

Sam Robson of Middlesex took his place at the top of the order alongside captain Alastair Cook, despite Carberry being England's second-highest run scorer against Australia with 281 in 10 innings.

He has scored 510 runs at an average of 39.23 in Championship cricket for Hampshire in 2014, including two centuries.

"I can now just concentrate on doing well for the club for the next three years and hopefully we can be successful," added Carberry, who has appeared in six Tests, six one-day internationals and one T20 game for England.

"If we can secure promotion this year in the Championship that would be great. It would be nice to play Division One cricket again soon and hopefully I can continue to do well for the club by scoring some runs.

"Hopefully we can win some more silverware before I finish altogether and I'm looking forward to the next three years."