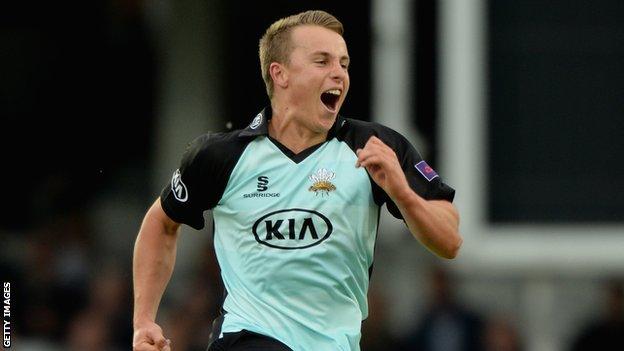 Surrey bowler Tom Curran is likely to miss the rest of the season after sustaining ankle ligament damage in their T20 Blast defeat by Glamorgan.

The 19-year-old made his first-class and T20 debuts for the Oval-based club this year.

"Tom is obviously very disappointed to have sustained the injury and he will now concentrate on his recovery," director of cricket Alec Stewart said.

"He was having an excellent season in all forms and we will miss him."

Stewart continued: "The medical team will now focus on getting him back to full fitness as quickly as possible."