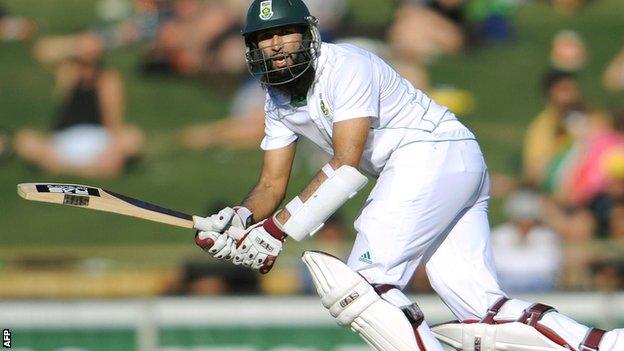 Hashim Amla began his reign as South Africa Test captain in Galle on Wednesday at the start of a two-match series against Sri Lanka.

The 31-year-old is the team's first permanent non-white captain, replacing Graeme Smith who retired in March after a record 109 Tests as skipper.

His team can usurp Australia at the top of the Test rankings with a 2-0 win.

Last month Sri Lanka recorded their first victory against England in a Test series of more than one match.

The Sri Lankans include former skipper Mahela Jayawardene, the joint highest Sri Lanka Test run scorer, who announced last week that he would retire from Test cricket next month after the two-match home series with Pakistan.

The series concludes with a second match in Colombo starting on 24 July.