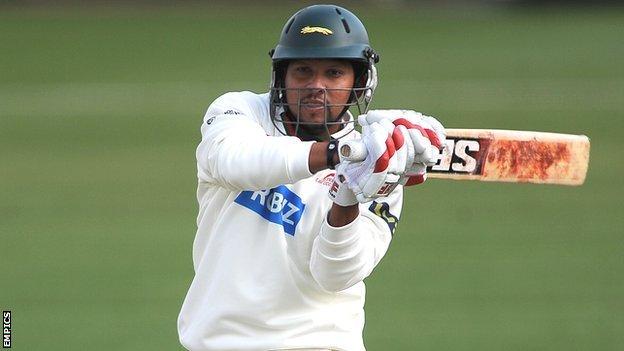 Leicestershire have confirmed captain Ramnaresh Sarwan has left because of his ongoing back injury and will be replaced by New Zealand all-rounder Scott Styris in the One-Day Cup.

Styris, 39, initially joined for the T20 Blast but will now skipper the side in the domestic 50-over competition.

West Indies batsman Sarwan, 34, has been injured or on international duty for much of his time at Grace Road.

It's a massive shame that the injury has restricted his performances for us this year.

"I am naturally very disappointed to have my season cut short," he said.

"It has been a frustrating time. I am confident that this time to recuperate and undergo my rehab will give me the best possible chance of representing the West Indies in next year's ODI World Cup and I have my eyes set on returning to county cricket in 2015."

Sarwan, who was with Leicestershire for three seasons, only played five Championship games this summer, scoring 184 runs at an average of 18.4.

Director of cricket Phil Whitticase said: "We would like to thank Ronnie for his contribution, It's a massive shame that the injury has restricted his performances for us this year.

"Ronnie is a high-class player and we would like to wish him all the best in his rehab."