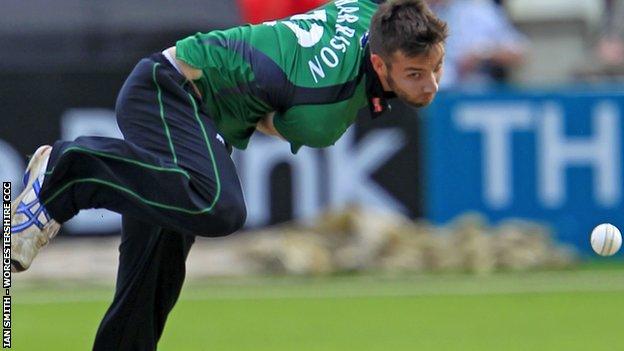 Worcestershire are to release fast bowler Nick Harrison when his contract expires at the end of the season.

But he was sidelined for the whole of last season with a shin injury.

He has so far played just three first-class matches in his four summers at New Road, taking one County Championship wicket, as well as making seven limited-overs appearances.

"It is always hard when players contracts are not renewed," said chief executive David Leatherdale.

"But it is hoped by informing Nick early he will have the best opportunity to find another county and he will be available to play during the remainder of this season if an opportunity arises."

After Saturday's T20 Blast quarter-final defeat by Surrey at The Oval, Worcestershire are back in action on Thursday when they travel to Headingley to face Yorkshire in the One-Day Cup.