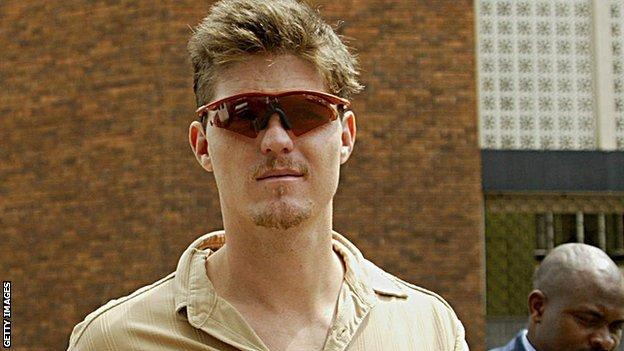 Mark Vermeulen has been named by Zimbabwe in their 25-man training squad for matches against South Africa and Australia starting this month.

Vermeulen admitted burning down Zimbabwe's cricket academy in 2006 but was acquitted on the grounds of mental illness.

The 35-year-old batsman has not played for his country since a 50-over game against South Africa in November 2009.

His last Test appearance was against Sri Lanka in May 2004.

Vermeulen was also banned for a year by the England and Wales Cricket Board (ECB) in 2006 after an altercation with a spectator at a Central Lancashire League club match.

Zimbabwe will host one Test against South Africa, starting on 9 August, before playing the Proteas in three one-day internationals.

The two teams will then be joined by Australia for a triangular limited-overs tournament, which starts on 25 August.