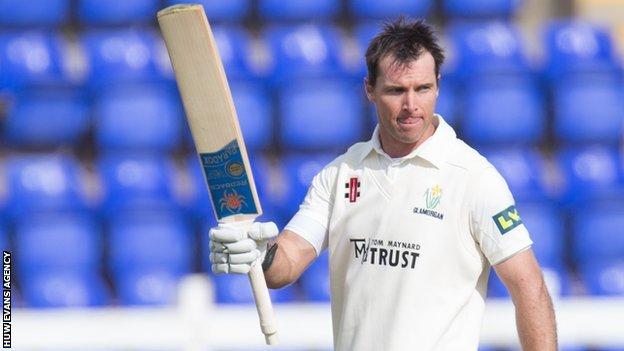 Glamorgan are set to release batsman Stewart Walters after four seasons with the county.

Australian-born Walters, 31, made his Glamorgan debut in 2011 having previously played for Surrey.

He was the county's top run-scorer in first-class cricket in 2012, but has been out of the first team in recent weeks.

Walters is expected to be allowed to return to Australia before the end of the UK season.

He made his mark with a match-winning 147 against Kent at Canterbury in 2011, as well as a 19-ball 50 against Lancashire in their 40-over match at Colwyn Bay in the same season.

He also fielded for England as a substitute in their dramatic Test match win over Sri Lanka at Swalec Stadium.

In 2012 Walters was Glamorgan's highest scorer in first-class cricket, hitting 159 against Essex at Colchester.

This season he salvaged a draw for Glamorgan with a battling 57 not out in two-and-a-half hours at Leicestershire, but has since found runs at a premium in Championship and T20 Blast appearances.