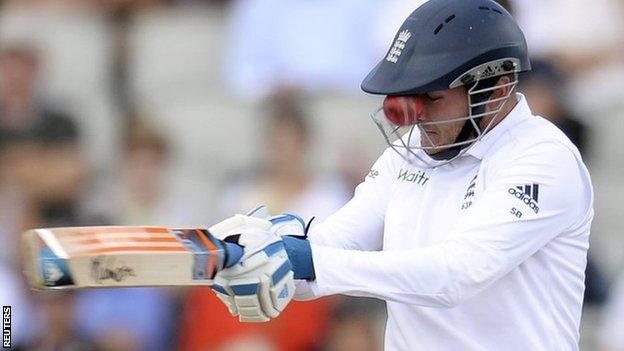 England paceman Stuart Broad was unable to take the field at the start of India's second innings in the fourth Test after his nose was broken by a Varun Aaron bouncer.

After hooking the India bowler for successive sixes, Broad tried to repeat the shot but top-edged the ball between the grille and peak of his helmet. 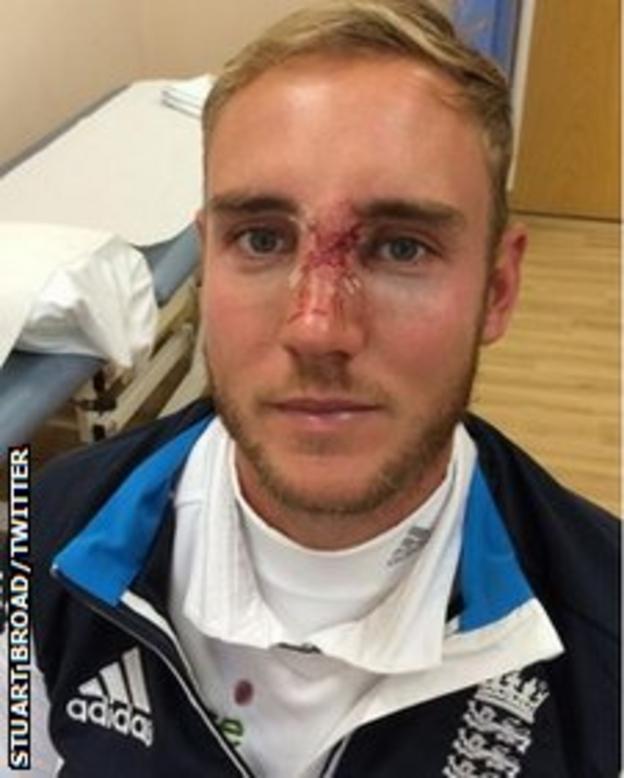 The 28-year-old Nottinghamshire player retired hurt to have his nose stitched and left the ground for an X-ray after tea, but he was not needed to bowl as England completed an innings victory.

After X-rays confirmed the fracture, Broad will be treated further over the course of the week and the England medical team anticipate he will be available for the fifth Test, which begins at The Oval on Friday.

Broad tweeted a picture of his injury on Sunday morning alongside the comment: "Little bit sore this morning but not too bad! Doc did a great job with the stitches. On to The Oval! (With a mask)."

Broad took 6-25 on the first day of the match as India were skittled out for 152.

In his absence, Chris Woakes shared the new ball with James Anderson in India's second innings.