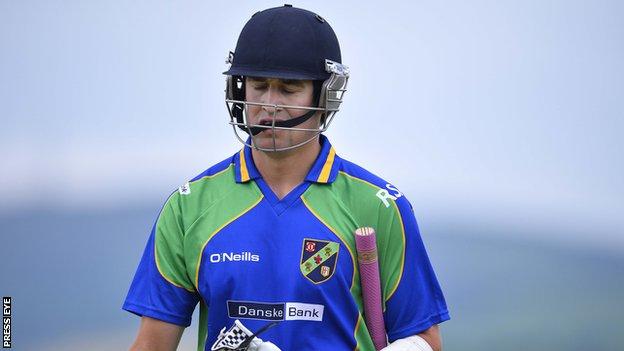 A total of 23 wickets fell on the first day of the Inter Provincial between North West Warriors and Northern Knights at Eglinton on Tuesday.

After gaining a first innings lead of 18 runs, North West Warriors ended their second innings on 38 for three.

On a bowler-dominated opening day, North West only managed 137 and in reply the visitors hit a poor 119.

The home side have a lead of 56 with seven wickets intact, with Northern Knights batting fourth.

Having been put in to bat by Knights skipper Andrew White, the Warriors lost openers David Rankin and Scott Campbell with just a single on the board.

Teenager Gary McClintock helped rejuvenate the innings with a top score of 57 from 92 balls.

He shared stands of 43 with Ernest Kemm (16), and 41 with Stuart Thompson (14) but his dismissal by Andrew White, sparked a remarkable passage of play, which saw the hosts lose their last seven wickets for 52 runs.

James Shannon, Andrew White and James McCollum all went cheaply, and the Knights were reeling at 57 for 5.

Chris Dougherty top scored with 37 as the Knights ended on 119 all out.

The Warriors lost three wickets in the space of 17 balls to end the day on 38 for 3.