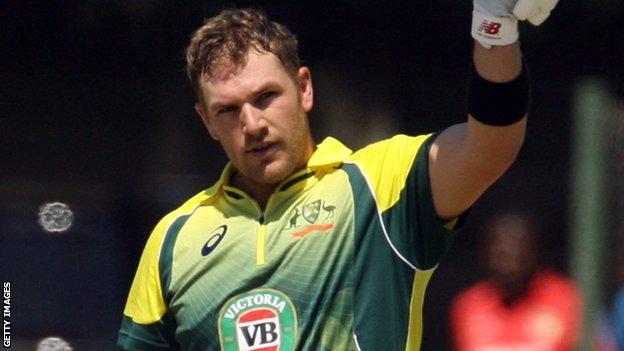 Aaron Finch has been named Australia's Twenty20 team captain after George Bailey stepped down from the role.

Finch is currently the number one ranked T20 batsman in the world.

The 27-year-old also has the highest score in the short format of the international game, scoring 156 off 63 balls against England in 2013.

"Having the honour to captain your country in any form of the game is something that all young cricketers dream about," said Finch.

Finch's first game as captain will be against Pakistan on 5 October in Dubai.

"Aaron has gained quality leadership experience through his role as captain of the Melbourne Renegades and the Pune Warriors," said Australia national selector Rod Marsh.

After the Dubai game, Australia face Pakistan in three one-day internationals and two Tests in Abu Dhabi, Sharjah and Dubai.