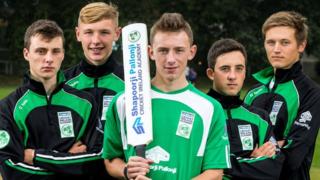 Mistry, who is 84, has been ranked as the world's 62nd richest man.

The deal is thought to be worth around of £2m and will see the country's cricket academy being named the Shapoorji Pallonji Cricket Ireland Academy.

Listen: Australia closing in on ODI series win over India