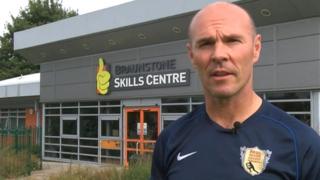 Former Leicestershire captain Paul Nixon tells BBC East Midlands Today there has to be changes at the club after another poor season and the departure of three of their best young players.

Josh Cobb has followed Shiv Thakor and Nathan Buck in leaving the club, who will have gone two seasons without a County Championship victory if they fail to beat Derbyshire next week.