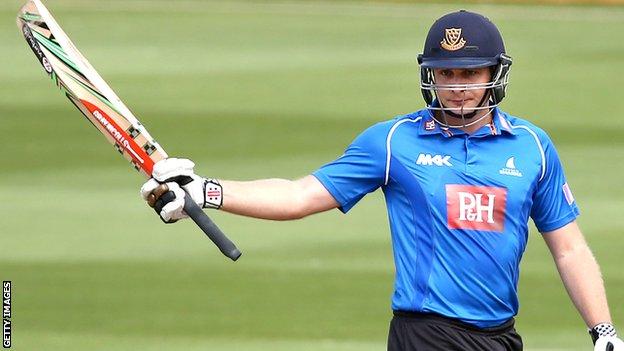 The award was introduced last year in honour of the esteemed broadcaster and journalist, who died in 2013.

Wright was chosen for the elite accolade following an incident at the Sussex v Lancashire Championship match.

He took a catch on the boundary but signalled to the umpires that his foot had crossed the boundary and that six runs should be awarded.

The judges also wanted to mention BBC commentator Dave Callaghan, who commentated on Yorkshire's title-winning season in what was a traumatic summer for him.

He returned to the commentary box 10 days after the death of his daughter. The players held a minute's silence at Scarborough during the Yorkshire v Middlesex match and wore black armbands.

Yapham Under-13s were awarded the boys' award after their captain Sam Noble informed the umpire, who had just given a Sheriff Hutton Bridge batsman out caught, that the ball had bounced fractionally before he had completed the catch.

The girls' award went to 15-year-old Amy Freeman, who, whilst recovering from a knee injury, dislocated her other knee during a match but continued to turn out for Banbury Under-15s throughout a season when they were continually short of players.

The winner of the Schools' Award were St Peter's Primary School. St Peter's is the only state school in Croydon that regularly takes part at every level of competition in boys, girls and mixed matches.

They receive a joint donation of £2,000 from judges MCC and the BBC to spend on their cricket programme.